It’s the latest evolution of crowdfunded charity, for better and worse.

On Saturday, the top trending Twitter hashtag in the United States was #TwitterFoodBank. The premise is simple: families in need tweet using the hashtag, explain how they’re struggling economically, and leave their account name with Square’s Cash app, which enables strangers reading their tweet to send money their way.

#TwitterFoodBank has been championed by Michigan private equity investor Bill Pulte and the nonprofit Team Giving, which says it’s inspired by Pulte’s habit of giving out large sums of money to strangers on Twitter and that it’s received seed funding from Pulte.

46.6K people are talking about this
Team Giving has also been soliciting donations through its Cash app account, $TGcom, and says it’s sending money in $100 increments to families using the hashtag to express their need:

Throughout the day we are going to post pictures 10 families at a time who received the $100 to feed themselves. Here are the first 10!#TwitterFoodBank 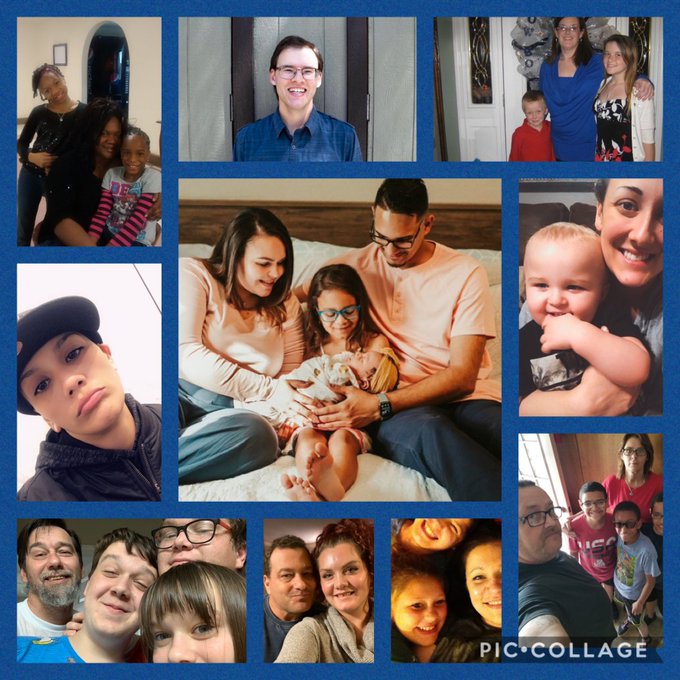 1,099 people are talking about this

Team Giving retweeted families receiving their $100 all day, including their names and images. Recipient families have been posting overjoyed tweets and videos expressing their gratitude.

The giving here is inspiring in some ways: people really are struggling, and it’s heartwarming to see strangers on Twitter expressing their solidarity with others by sending money directly. But #TwitterFoodBank has many of the same downsides as the use of GoFundMe and other crowdfunding vehicles to cover medical expenses and emergency bills. It’s both a reflection of the inadequacy of the government safety net (the government has more resources to help people immediately than private donors ever will) and an imposition on the families asking for help.

Families often find it embarrassing, and an invasion of personal privacy, to be forced to lay out their personal financial lives in detail so they can beg strangers online for financial help, as Rachel Monroe documented in a recent piece on GoFundMe. Moreover, the nature of crowdfunding creates a kind of competition where struggling people have to compete to craft the most compelling pitch to potential funders. There’s something demeaning about being forced to put on an elaborate presentation, in public, where anyone on the internet can see you, in order to keep your family fed.

Giving through #TwitterFoodBank will certainly help some people, but many families who don’t use Twitter are suffering now, too. There have been 22 million unemployment claims filed since social distancing measures began in earnest in March — and many hoping to apply say they’ve been unable to, due to clogged phone lines and broken websites. And millions of other Americans have seen their wages reduced as hours and salaries are cut as cost-saving measures. So, if you want to help those worst off during this crisis, there are a few more targeted options than a hashtag that are worth considering.

The best domestic coronavirus-focused charity to donate to in the US, in my opinion, is GiveDirectly’s Covid-19 cash program. GiveDirectly has partnered with Propel, a company that works on benefit delivery to recipients of the Supplemental Nutrition Assistance Program (SNAP, aka food stamps) — it identifies SNAP recipients and directs money to them.

Under GiveDirectly’s program, each household gets $1,000 as a one-time payment. As of this writing, GiveDirectly reports having helped 4,500 families, and given a total of $5 million. Google announced a $2 million gift (half from the company itself, half from CEO Sundar Pichai) to GiveDirectly’s efforts, meaning they’ll scale up even more soon.

You can also donate, and volunteer, closer to home. The National Coalition for the Homeless maintains a directory of local homeless shelters; homelessness is the closest thing in the US to the extreme poverty common in parts of the developing world, and you can reach out to your local shelter to see if they need donations or volunteers. Many won’t be interested in taking on new personnel given the increased risk of residents getting infected, but it’s worth asking.

Likewise, you can consult Feeding America’s list of food pantries to find one in your area. Remember, though: If you want to give, give cash, not food. It’s a lot more flexible for food banks and prevents them from having to deal with wasted food no one wants.

But it’s worth considering donating to help people abroad, too. GiveDirectly is distributing cash to families affected by the Covid-19 crisis in Africa as well, and groups like the Center for Global Development and the Global Health and Development charitable fund provide funding for efforts to strengthen health systems in poor countries. Donating to prevent the next pandemic could avert even more suffering; the Center for Health Security and Nuclear Threat Initiative are two excellent groups working on pandemic prevention.

15 AB WORKOUTS FROM HOME THAT WILL TONE YOUR MIDSECTION

These Websites Connect You With Pen Pals Around...

Evangeline Lilly Apologized for Being “Arrogant” and Refusing...

How Not to F*ck Up Your Relationship When...

This fingerprint-verified smart lock can be foiled by...

A.I. Versus the Coronavirus

Celebrities, Athletes and Politicians Who Have Tested Positive...